Amla’s Benefits For Cholesterol And More

First, what is this “amla” thing and second what kind of benefits? Amla is simply a variety of gooseberry that is native to India. Amla’s benefits? Numerous!

Occasionally we bump into something new that has real health potential and we are excited to try it. Sometimes we hear great insights about a food or therapy from a notable source that reinforces what we know. This is a time when a respected healthcare professional, Michael Greger, M.D., spoke about amla!

“Medicinal plants are [said to be] nature’s gift to human beings to promote a disease free healthy life”—here in reference to amla, a fruit, the Indian gooseberry, described as an “Ayurvedic wonder.” You hear a lot of that larger-than-life talk about amla coming out of Indian medical journals. Who can forget “Amla…, a wonder berry in the treatment and prevention of cancer.” Amla is so revered that you find serious scientists, at serious academic institutions, in serious peer-reviewed medical journals, making statements like this: “[E]very part of the [Indian gooseberry] plant has its unique therapeutic characteristic for the remedy of almost all the ailments…[and] can be adopted as a [bold italic] single bullet [against disease].” Okay, then.

So, here’s this fruit that has enjoyed “a hallowed position in Ayurveda,” the ancient system of medicine in India—so hallowed that it was mythologically pegged as “the first tree…in the universe.” So, for thousands of years—before we even knew what an antioxidant was—they were revering this plant that just so happens to turn out to be the most antioxidant-packed fruit on the planet Earth. Okay, you got my attention. But, I still needed to see it put to the test.

Well, indigenous tribal healers used amla to treat diabetes. So, researchers decided to give it a try. This is the study that originally bowled me over. In fact, it was the subject of one of my first NutritionFacts videos over five years ago: the effect of amla fruit on the blood sugars and cholesterol levels of normal subjects and type 2 diabetic patients. In my video, I talked about the jaw-dropping effects of five cents’ worth of this powdered fruit— five pennies’ worth—compared to a diabetes drug. But, what about the cholesterol effects?

If you take healthy individuals and give them a placebo sugar pill, nothing much happens to their cholesterol. Ideally, we want our total cholesterol under 150. This was a pretty healthy group; the average cholesterol in the U.S. is over 200, which is where the diabetics started out in this study. And, when you give them placebo pills, nothing much happens either. But, give people just about a half-teaspoon of amla powder a day—not some extract or something, just dried Indian gooseberries, a powdered fruit, and this is what happens. That’s like a 35-45% drop in three weeks—absolutely astounding. That’s the kind of thing we see like six months after putting people on statin drugs.

Just a Taste of Amla

If you haven’t watched to Dr. Greger’s video (The Best Food for High Cholesterol) we highly recommend it! Amla’s benefits cover a range of chronic illnesses (as well as elephant flatulence and hair loss). Dr. Greger does a particularly good job of walking through various published studies that provide insights on amla. Yeah… we just ordered some! 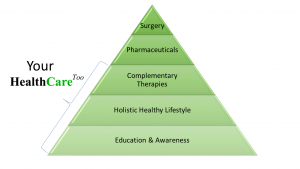 Shop HealthCare Too for Items for Amla products.