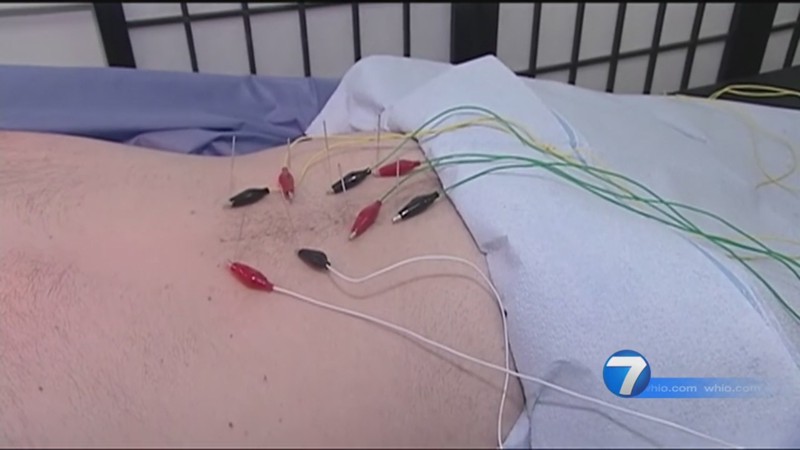 Ohioans with Medicaid can start seeing an acupuncturist next year after the state expanded its coverage for the treatment for certain types of pain.

State officials and medical professionals are increasingly aware of how opioid overdose deaths tend to follow high use of prescription painkillers.

However, as new rules curb access to prescription opioids, people with chronic pain still need treatment options and acupuncture could be part of the solution, the state Medicaid office says.“After further research on acupuncture, we saw the greatest degree of effectiveness in controlling symptoms for low back pain and migraines,” said Brittany Warner, spokeswoman for Ohio Medicaid.

“It basically has opened the door to other insurance companies to say we’re recognized,” she said.

Mhanna said she has previously treated a few people who had their opioid prescriptions reduced.

Her emphasis is on holistic treatment, she said, and getting at the root cause of an ailment, including talking through lifestyle changes.

“When we start treating people for these physical illnesses, it’s exciting to watch people evolve,” she said.

Ohio Medicaid will cover up to 30 acupuncture visits per year.