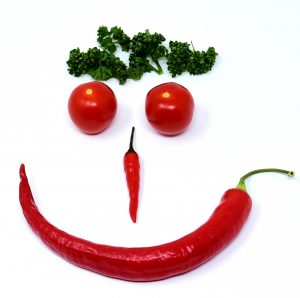 So simple yet so hard to change. We know lifestyle medicine promotes cost savings. There is decades of research already available and more coming every day. This article from noted holistic health advocate, John Weeks, looks at a simple experiment that produced remarkable results. Using the well-known book / movie “Forks Over Knives” an actuary ran his own experiment.

“I didn’t know anything about this information, before the movie, about how this was possible,” he recollected. He began to concoct the idea for his experiment. What would happen if a set of Central States’ insureds who use their Medicare supplement were merely given the opportunity to access this news information, as he had been. Might this impact health across the population.  He received internal approvals and carried out the little study on 500 Medicare supplement policy-holders.

The intervention was simple. Each was sent a copy of the “Forks over Knives” film. It arrived with a letter that shared with them that, by following the concepts in the film, they could reverse the pattern of their chronic diseases: “We kind of tried to present it like a drug intervention. We said here is something that could help you reverse your disease.” The letter also included a number to call to request a copy of the book, Prevent and Reverse Heart Disease, by one of the featured doctors in the film.

Of the 500, 17% requested a copy of the book. Ten months after the intervention, Beckman compared claims for medical services versus the 10 months prior to the mailing for two groups: those who responded to the book offer, and those who didn’t. Those who responded saw a 20% reduction in claims compared to a 5% reduction in claims for those only receiving the film. This compares to a 6% increase for those not receiving any materials.

A follow-up survey supported these numbers with 90% of the book recipients saying that they “did something” to positively change their habits in response and 80% reporting some health improvement.

How about the cost side? “The R.O.I. was through the roof,” said Beckman. The book plus video cost $17. The total cost was perhaps $6190-$8000 for all mailed including some handling costs. At this cost, reducing a couple nights of hospital stay would alone take the pilot to break-even.