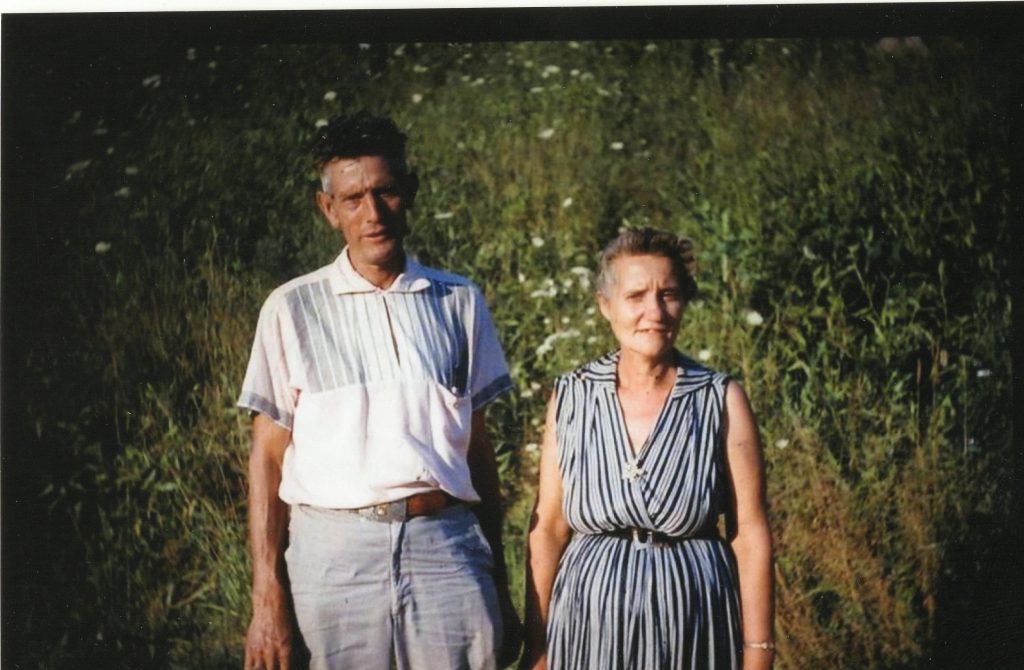 More of the Story About Grandpa's Bracelet

Cam and Mary Perry (pictured above) lived in Johnson County, Kentucky pretty well their entire lives. Both lived into their mid-80’s and enjoyed a simple farm life, raising three children as well as crops and livestock. Those three children all had families of their own, including one into which Tim Perry (one of the co-founders of HealthCare Too) was born.

Tobacco was the cash crop and any monies had to cover all the family’s expenses… whatever they couldn’t barter anyway. Jewelry was pretty well a non-starter… though Grandma Perry had a few little “broach pins” that she loved to wear on those rare visits to “town” (i.e., Paintsville, KY). As such, the copper bracelet around Grandpa Perry’s wrist always seemed out of place.

As a pre-schooler, Tim was fascinated by the bright glint from his grandpa’s copper bracelet. Every time Tim asked Grandpa Perry why he wore a bracelet (because to a 5 year old that was amazing), Grandpa simply said it was to keep pain away.

As Tim grew older, Grandpa Perry took him on long hunts through the woods (usually more to find ginseng because Tim was way too noisy to hunt animals). Even as an adolescent, Tim had to work to keep up with his seemingly pain-free grandpa. Up and down the hills, under barbed wire fences, stepping on stones through a creek, Grandpa Perry and his shiny copper bracelet always led the way.

Sometimes the nice copper bracelet was replaced with basically a piece of copper wire with twisted ends. This happened when grandpa lost his nicer bracelet somewhere in the hills or dirt and had to wait for the next trip into town.  As Tim continued to mature, the health benefits of the copper bracelets went from generic pain to arthritis.

Owing to many years of holding reins for two (gigantic) mules, for plowing, logging, etc. Grandpa Perry’s fingers were “drawn” and stiff. The bracelets relieved that pain. Grandpa Perry could hammer, shoot, whittle, drive a team, chop down trees and perform all the chores on a farm.

But of course, this was just folk medicine. Grandpa Perry certainly could not cite any scientific evidence to buttress his claims so obviously he didn’t feel any better… or so many would have us believe.

Incidentally, there was a research project published in July 1976 titled An investigation of the therapeutic value of the ‘copper bracelet’-dermal assimilation of copper in arthritic/rheumatoid conditions. Not only did those who wore copper bracelets exhibit therapeutic value from the bracelets but there was even greater weight loss among them. Come to think of it, Grandpa Perry was always a lean fellow!

Since that time, copper bracelets have been popularized as a therapeutic mechanism for arthritis (even for dogs) and Google Scholar showcases hundreds of articles that continue to investigate the claims for copper bracelets’ health benefits. Historians have traced copper in medicine to pre-historic times and we continue to learn how copper has been used in ancient medical systems like Ayurveda and Traditional Chinese Medicine.

When you are ready, here are some products that may help you experience some of copper bracelets’ health benefits for your own health and household.

And don’t forget that our non-human loved ones who might also enjoy the benefits of copper as well.